Back from Southern California

Last week I went to Long Beach, California, for work. I didn’t have a camera with me, but I had my iPhone. Unfortunately, every great potential shot I saw I couldn’t photograph. I found it so frustrating. Either I was in the car and couldn’t get a clear view or I couldn’t get to the camera of the phone fast enough. On top of that, my husband kept complaining, saying I was spending too much time photographing and that it was distracting him from driving and thinking. (I thought to myself, if you’re that easily distractible, you have worse problems than a wife with an iPhone). But I didn’t want to overly annoy him since he was the one driving.

We drove all over Long Beach and Signal Hill. The beauty of Signal Hill is that they have the best city views. But could I get a photo? No.

I saw an oil refinery; it was big. And the largest USPS distribution center I had ever seen. Then a huge warehouse for Office Depot.

So I’m apologizing that I don’t have any of the good pix, but here are a few of what I did take. Southern Cali, last week: 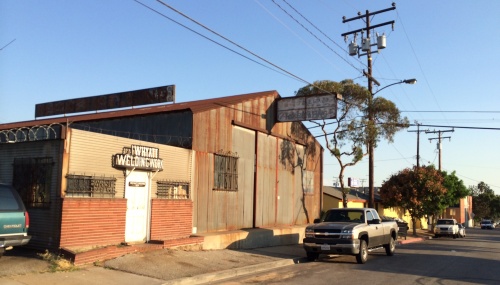 Some of the buildings could be vacant–or not.

And there are oil derricks everywhere, as if it’s Oklahoma. Now the truth is that I don’t know if this equipment is the derrick or the pump, but isn’t the derrick what houses the pump? 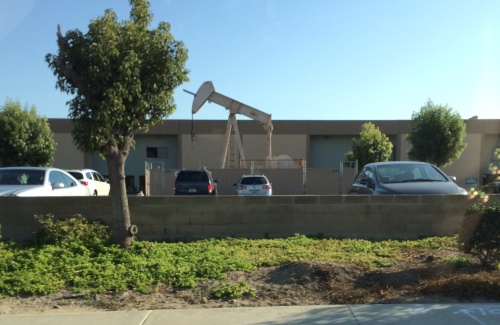 A lot of oil was discovered at Signal Hill. But don’t take my word for it. Here is a photograph from 1923. Look at those oil derricks. I happen to know those tall scaffolding-looking towers are derricks. Click on the photo and slide to the side to see the whole view.

We did make it to the antique store where I like to look at vintage photos of anonymous people. 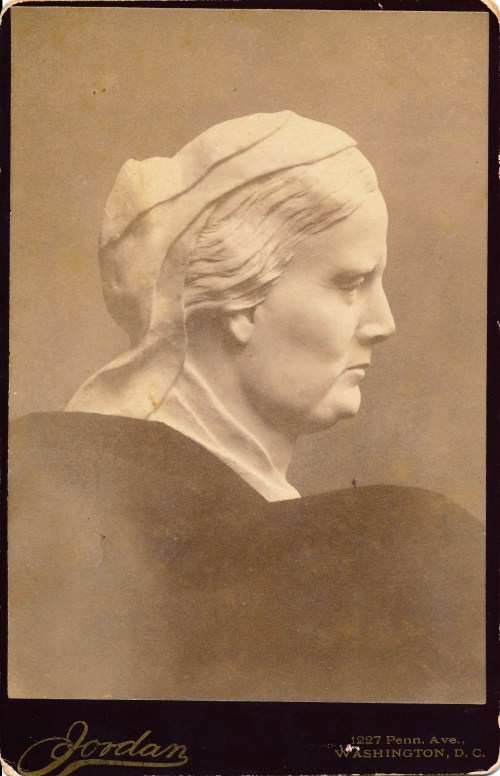 I was surprised to see this antique photograph of a cast of a woman’s face. Someone wrote her name, the names of her children, and the name of the artist on the back. 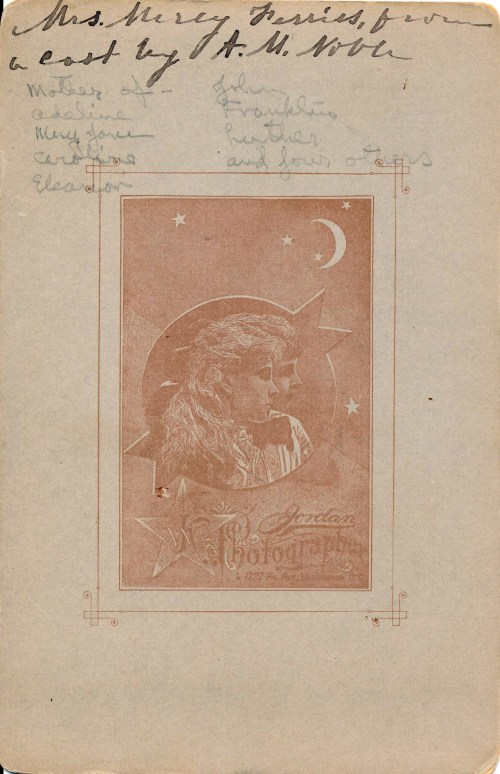 What is her name? Can you read it? I suspect that she died and left no photographs, so the family had a cast made of her face and this photograph was taken to memorialize the woman. What is your theory?

My husband collects soda pop signs and memorabilia. This is a dispenser for the syrup of a drink called Lemon Crush. 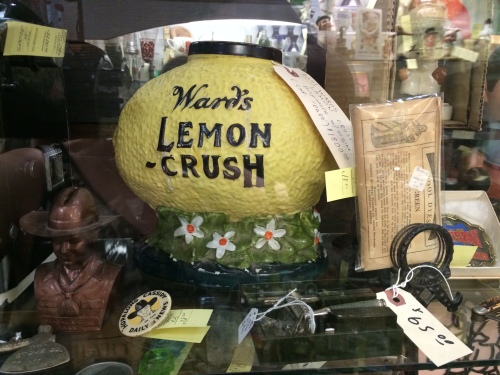 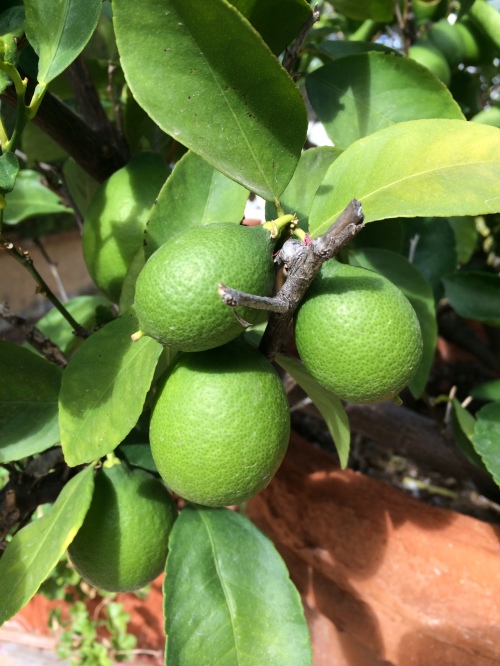 Lots of limes.  I even picked some. 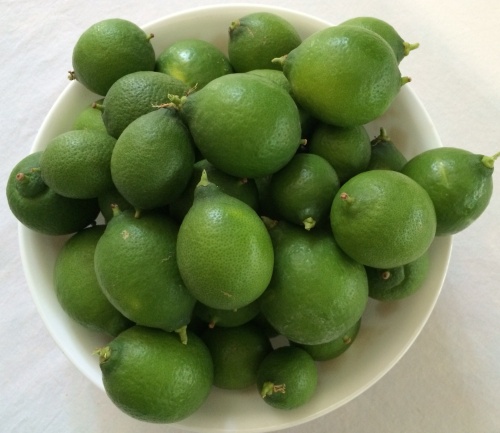 Now I have to keep reminding hubby to make limeade. He’s the limeade maker in our house.

On the way home, Border Patrol had a large, makeshift border stop set up with dozens of agents.  A dog sniffed every single car. We weren’t sure if it was for drugs, bombs, or a kidnapping. I looked online and at their website, but I couldn’t find anything about the stop. My vote is for bomb materials. Since I value my freedom, I didn’t even pull out the iPhone at the border stop.

53 responses to “Back from Southern California”