Is She Really Writing About Cats Again? (Hint: She Is)

Most days I’ve been visiting Perry at the shelter. He’s not a happy boy at all. Look at how he’s keeping his ears flattened now!

Yes, that’s a litter box he’s sitting in. One with little poos in it.

Rather than acclimating to the shelter environment, Perry is getting more upset and unhappy. When he hears a dog bark (and they do sound like out-of-control maniacs) he shrinks down further.  Yesterday I stayed a little longer than usual and added whispering to him on top of the reading and singing. He liked being whispered to, especially because he recognized the conspiratorial aspect when I let him in on a plan that I am hatching.

There are two choices. Either we can assume the vet that neutered him was wrong and he is a feral cat OR we can figure out a way to give him another chance to prove he can live with humans. We have zero foster families that will take a possibly feral cat. The only option is if WE do it. And I can’t bring him in with my other cats with their age and health issues. The stress would drive them into sickness.

So we can isolate him, but with my lymphedema (and the danger of cat scratches and bites) I can’t let him loose in a room where I could potentially never catch him again.

I ordered a 3 tier cage. I know, I know, it’s a cage. But if he’s going to prove he can be civilized (poor little Huck, I mean Perry), it’s our only option. So we will set up the cage when it comes, trap him in a cat den (that I also ordered) for minimal stress and bring him here to the new cage. We will put it by a window that looks out on the bunnies and birds and lizards (and if he sees a coyote or bobcat he will know that they can’t get to him). I will read, sing, and talk to him at least every two hours that I am home and awake. I will try to play with him with a string-type toy. I will keep setting little toys near him and try to get closer and closer to him without setting him off.

And we will see.

If he truly is feral and unwilling to be civilized we will have to find a place he can go and live an outdoor life.

At the shelter, we’ve got other cats in need, too. Two big litters of kittens are going like hotcakes, but the older cats wait. And new ones come in. Yesterday I witnessed a young couple surrender a gorgeous cat to us. The man didn’t speak and kept his sunglasses on, and the woman didn’t shed a tear and said they were moving and couldn’t keep the cat. Guess who probably insisted on GETTING RID OF THE CAT? What do they think will happen to their cat? She, at least, is probably telling herself that it’s a no-kill shelter, so the cat will be fine. What they don’t realize is that surrendered cats sometimes have to go through more than one more owner before they find a forever home. And will it be a good home? No way to know.

To think about something besides cats, the gardener and I went to see Bullets Over Broadway at Phoenix Theatre. Funny show–and very well done! The acting and costumes were fabulous, as was the dancing. This show was written by Woody Allen and played on Broadway for 100 performances a few years ago.  I love the LIMINAL passage to the theatre–that threshold as one passes from the real world to the world of the stage. 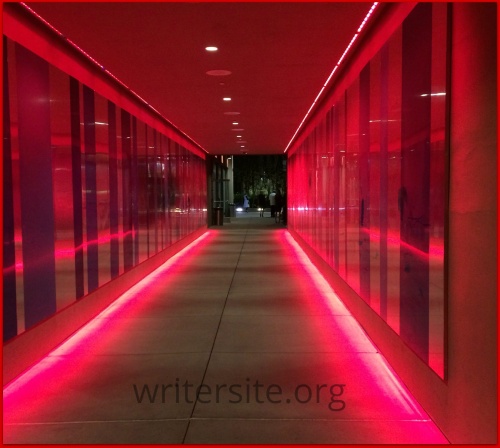 No hummingbird nests yet this year, but in a big flower pot somebody created a “scrape nest,” which is a nest where the bird scrapes the dirt and forms a little hollow to receive her eggs. There is one speckled egg, but she has not come back to lay more. Birds like Gambel Quail do lay their eggs one at a time like that, but I think the time for her to come back has passed. The egg seems a little large for a quail, but I can’t think of another bird that could have made this nest. A mourning dove laid her eggs in a hanging pot, but I didn’t take a pic because it would have disturbed her. It’s bad enough that the gardener has to water the plant or it will die, and the bird will lose the green drapery she likes.

Today is my paternal grandmother’s birthday. She was born in 1893, and she is featured in at least one poem in Kin Types. She was the head fitter at the 28 Shop at Marshall Field’s department store in downtown Chicago for many years and raised three children by herself. 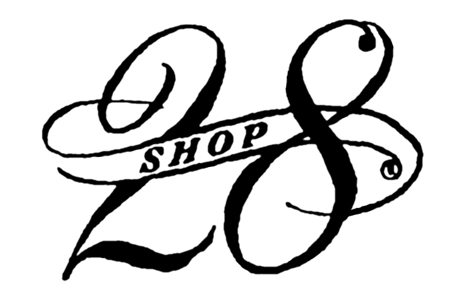 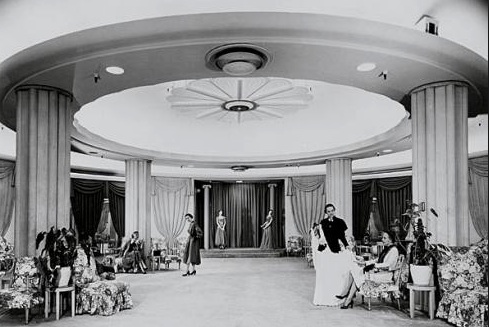 What must it have been like to work in such elegant surroundings and go home to children you could barely afford to feed?

Only 3 weeks left to pre-order Kin Types and have it count toward publication. You can order it here. The book contains poetry, prose, and a women’s history.

77 responses to “Is She Really Writing About Cats Again? (Hint: She Is)”