I had a couple of requests for a Perry update, so as tough (hahaha) as it is to write about him, here it is.

We’ve moved way beyond the “give me your paw” trick. His next move was to head butt my face and rub against me when I was on the floor to feed him.

Soon after, he indicated he wanted me to scratch his cheeks. Then pet his sides and the length of his tail.

Now he has added in a squishy and slobbery nose rub and even a little kiss-kiss.

He also keeps rolling on his back and trying to get me to pet his stomach, but with those “natural length” claws of his, I am not that stupid. Gotta get those nails trimmed somehow, but I don’t want to spook him and have a setback.

My son and ND (new daughter or, as some would have it, daughter-in-law) gave me the sweetest little instant camera for my birthday. It doesn’t take the place of my iPhone camera, of course, but I can snap a cute pic of a cat and put the photo into a little frame within a minute. Those little pet frames always beg tiny pix, so these are just right at 2″ or so. I’ve been learning how to use it, and Perry is the model.

My first attempt with the instant camera: I had to learn to use the little buttons

Today is the day I have to take Perry’s poo in for the final check in the deworming process. If it’s negative, I plan to be paranoid and do it again in another week or two. That is because the first time I had it checked, it was negative and then look what I’ve gone through because that was just a lull in the worm cycle. Ugh.

If it’s negative, we put the gate up at the bedroom door so the cats can meet. I’ll try to feed him on one side of the gate another couple of cats on the other side–at the same time. Over the gate I will hang a sheet. That is enough for most cats: gate and sheet and they think they are stuck in there.

Kana and Perry did have a little meeting the other night though. The hall outside Perry’s bedroom was so dark I couldn’t see anything and when I opened the door, suddenly there were two cats in the bedroom! I thought I was seeing double. But Perry was running away and Kana was sniffing Perry’s toys. I picked up Kana, and she managed to graze her teeth on my hand because she was unhappy in the extreme to be removed. What a stinker. She is the trouble-maker of the house, for sure. That is why when I go away, she has to go into her bedroom for the duration. That’s ok, it’s my office and it is the nicest room in the house IN MY OPINION.

Since Perry is in the bedroom all the time, I have certain times of the day I spend with him. My daughter shipped me her old laptop so I can get some work done while I’m in with him.

Probably because he is young, Perry loves his dolls. Sometimes his teeth or claws start holes in the dolls and I have to take them away or stitch them, but that is just him loving them ;). 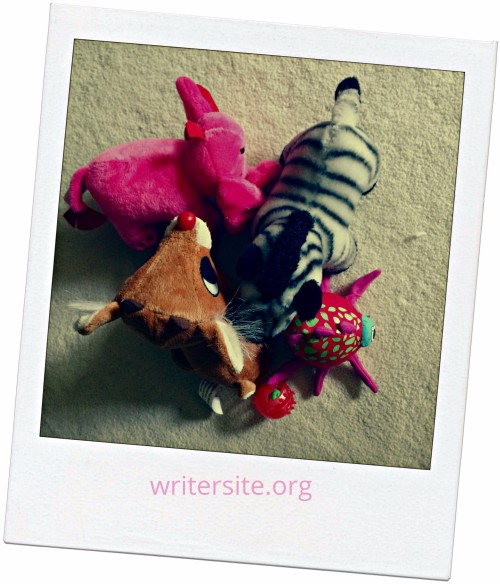 I’m not used to having a cat so young. It’s been many years since 17-year-old Pear was that young! Perry likes to shred tissues and other paper. That ought to be great when he’s got the run of the house with all our business and writing paper lying about (yikes). 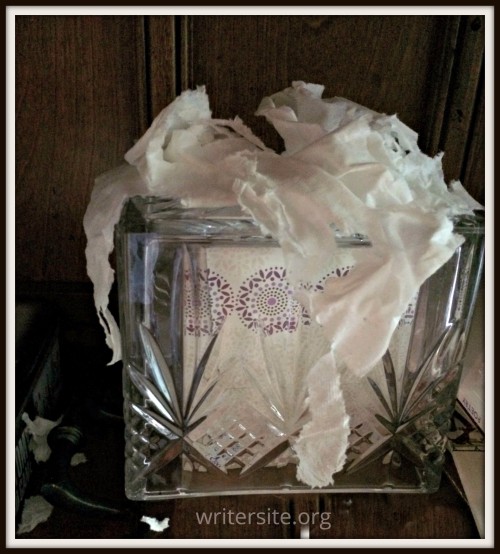 I noticed the other day that Perry is now filling out. I suspect that means that the worms are gone and that he is absorbing his food better. He’s going to be a fairly large long-haired cat. And now that I am petting him, I can verify that his fur is super soft!

Perry and an interactive doll:

There was a speck on the lens that shows up in the video. Does anybody know how to remove something like that through Windows Movie Maker?

KIN TYPES IS NOW AVAILABLE AT AMAZON! Copies should be arriving soon (I hope)!