Unlike other creatures of planet Earth, cats live in a world of more than three dimensions. This means that they are suddenly appearing and disappearing from our limited viewpoints.

Here’s a recent example. The other day, Pear Blossom was missing. She didn’t come to breakfast. I looked everywhere in the house for her. She had not been let outside, so if she was accessible within three dimensions, I would have found her. But she was not under a bed, in a corner, not even behind the toilet.

Eventually I decided to scoop the upstairs litter box since I was up there looking for a little tuxedo cat between my hanging clothes and in the shower. While I was bent over, Pear materialized behind me. Science fiction, but fact. 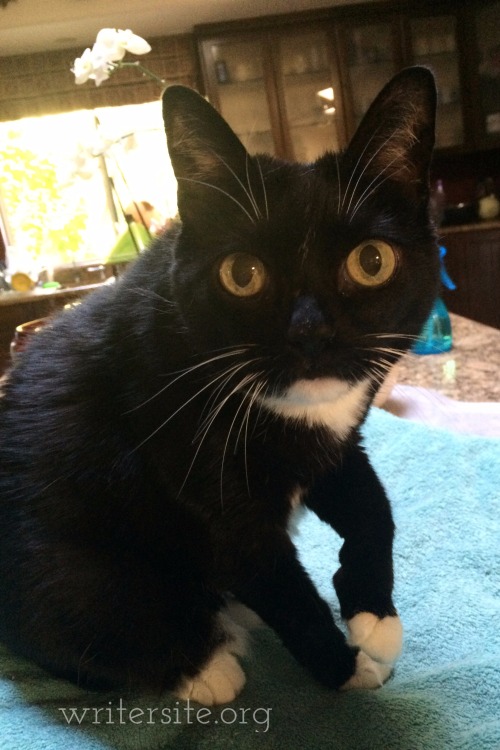 I don’t have a good education in math and science, so I can’t figure out exactly how many dimensions exist for cats. If their world is four dimensions, then Pear must have slipped into a different time point than I was in. But maybe she lives in five dimensions. All I have for an understanding of that world is a 60s singing group with an amazing lead singer called Marilyn McCoo.

I’m glad Pear decided to show herself to me. She’s my oldest cat, and I do worry about her health.

She and the other cats seemed happy to welcome the foster cat Slupe to our family for good over a week ago. We revised her name to Sloopy Anne Castle, and when I call for her, that’s what I call her–Sloopy Anne. 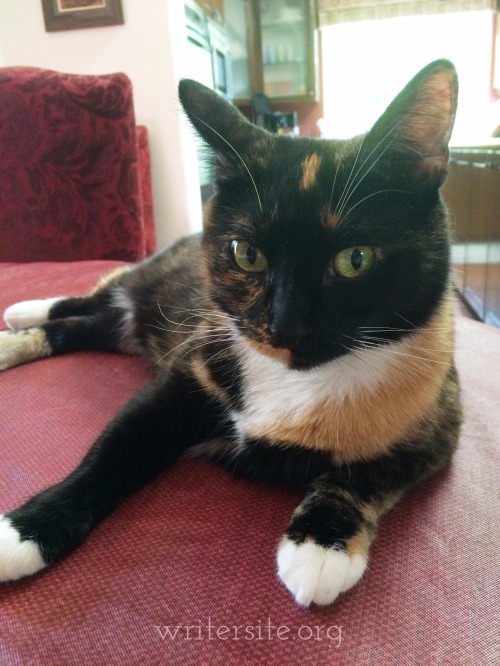 Arizona is so hot that Felix doesn’t want to leave the water bowl. Just in case he wants to drink some, he sleeps with his chin on the rim.

I’m no longer even pretending I’m going to write this summer. Maybe in a few weeks!

Lots of new cats at the shelter–and a few that have been there too long. Check out Home Fur Good’s cat roaming room if you’re in the Phoenix area. 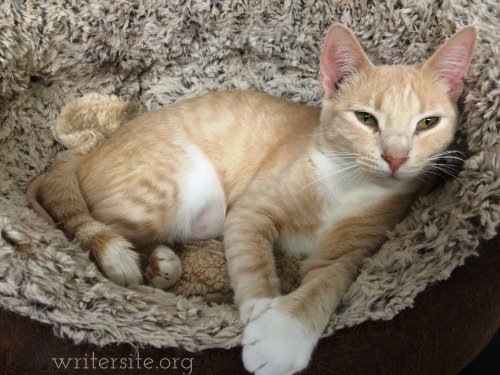 Gigi came as a little kitten to Home Fur Good with her sister Dora. Dora was adopted months ago, but Gigi is growing up in the shelter. She’s a spunky little sweetie pie. 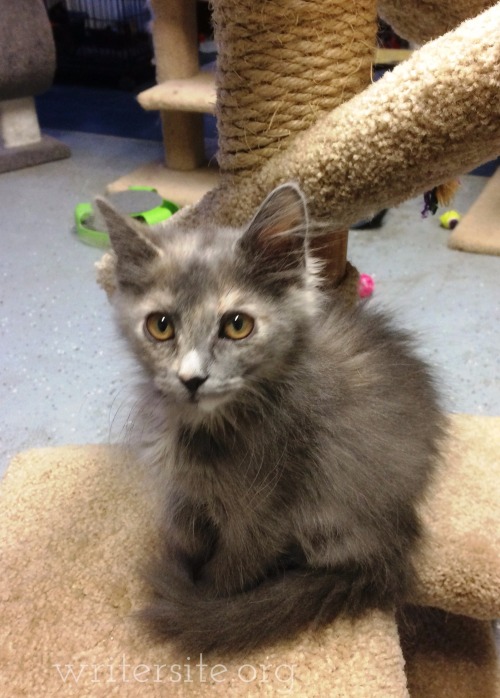 We have lots of kittens right now at the shelter. This little cutie is just one of many cuties of all colors and patterns.

Hope the rest of your summer is beautiful and restful. Or furry like mine haha. Gonna go on blogging break to recharge the brain batteries.

Filed under Arizona, Cats and Other Animals, Nonfiction, Writing