When the ice maker repair person was leaving my house the other day, he said something that forced me to think about a writing problem I have. I didn’t bring that to his attention. Instead, I just laughed and responded with “You got that right!”

After discussing the repair to be made with this repair person, the gardener had waltzed off to the treadmill. Since I was pan frying dinner (ahead of time–my favorite time to cook), I was left overseeing the repair. My overseeing consisted of complaining to said repair person that the food was falling apart because it didn’t have any gluten in it. Anyway, when he was done, he shook my hand and said THIS.  Watch for my italics.

“Say goodbye to your husband for me. Tell him it was really fun talking to him. You probably hear that a lot. He’s quite a character!”

THAT. He’s quite a character. You probably don’t know he’s a character because I don’t make him much of a character in this blog. Or in my memoir-in-progress. I present him sort of flat and static–not multi-dimensional or dynamic.

Well, I’ll tell you why! It’s because he would overshadow the other characters (including me, of course).

I first realized this when I was around 150,000 words into my memoir (don’t panic–while I have about 400,000 by now, only 80,000 are currently in play). Because my father was quite a character, and my story is about my father and me, the gardener has to be a very two-dimensional confidant. According to yourdictionary.com, a confidant is described this way:

And, truly, that is who the gardener actually is in my life, along with a whole lot of other things, such as best friend, lover, and most worthy antagonist. But he’s also a pain in the you-know-what to write about–unless, of course, I were to write about him. Putting him front and center. I am not prepared to do that. The thought of that project is beyond daunting. 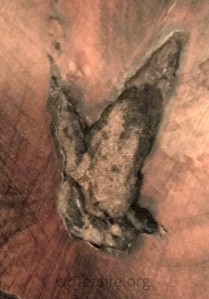 In case you’re wondering if I am a wilted violet in the face of all that personality, never fear. The kids are waiting for our family reality TV show because they know it’s coming.

The following song is dedicated to the gardener.