A Cranky Reader on Modern Poetry

I hope you’ve enjoyed the posts about poetry by guest bloggers Carla McGill, Carol Bachofner, and Cullen Bailey Burns. After those C names and for the final post in this series of poetry talks by guest bloggers comes a D name, Deborah J. Brasket who blogs at Living on the Edge of the Wild. Enjoy!

Lately I’ve been thinking a lot about poetry, how some moves me and some not at all. Reading recent issues of some prestigious journals, I found not one poem—not one—moved me. Amazing!

Most seemed like intellectual exercises or obtuse offerings of random thoughts and images. None engaged me intellectually, or stimulated my sensibilities, or even challenged me—let alone invited me—to a second reading. Instead they were studies in disappointment. I left them unfulfilled, still hungry and, admittedly, cranky.

Just what is it I crave from poetry?

Wallace Stevens once famously said: “You can’t get the news from poems, but men die every day for lack of what is found there.”

That’s what I want: The thing we die from lack of. That’s why I read poetry. What I look for in other works of art too—in prose and painting and music that rise to the level of poetry.

I want what Emily Dickinson referred to when she says, “If I feel physically as if the top of my head were taken off, I know that is poetry.” Something that tickles the hindermost parts of my brain, where I feel the synapses stretch and snap, reaching toward something just past my grasp.

I want what T.S. Elliot meant to when he writes that “poetry is a raid on the inarticulate.” Something dark and dormant, lying just below consciousness, rising into the light: a curved fin, a humped back, gliding momentarily along the surface of thought before dipping below again.

We have all felt that, I’m sure. Something deep and delicious, once known and now forgotten, woken momentarily. Something within us re-ignited, flashing briefly before dissolving into darkness again.

In “Ars Poetica,” Archibald MacLeish says: “A poem should be palpable and mute / As a globed fruit.”

He says: “A poem should be wordless / As the flight of birds.”

For all the history of grief
An empty doorway and a maple leaf.

For love
The leaning grasses and two lights above the sea—

Reading his poem, I’m with him. I’m saying: Yes!

But then he almost ruins it with the last two lines:

A poem should not mean
But be.

Pointing to something static. Not in motion. Art for art’s sake. An artifact showcased in a museum.

Does man love Art? Man visits Art, but squirms.
Art hurts. Art urges voyages–
And it is easier to stay at home,
The nice beer ready.

Stevens calls modern poetry “the poem of the mind.” It’s “the act of finding what will suffice.”

It has
To construct a new stage. It has to be on that stage,
And, like an insatiable actor, slowly and
With meditation, speak words that in the ear,
In the delicatest ear of the mind, repeat,
Exactly, that which it wants to hear, at the sound
Of which, an invisible audience listens,
Not to the play, but to itself, expressed
In an emotion as of two people, as of two
Emotions becoming one.

A poem must construct something that it inhabits, that speaks to the reader, in the “delicatest ear of the mind,” “exactly, that which it wants to hear,” what the reader, that invisible audience, wants to hear—which is not the play, not the poem, but “itself.” Itself “expressed / In an emotion as of two people, as of two emotions becoming one.”

It must
Be the finding of a satisfaction, and may
Be of a man skating, a woman dancing, a woman
Combing. The poem of the act of the mind.

Stevens is saying that a poem can no more “be” than “mean.” Rather, it must act. It must unite poet and reader in the act of finding what will suffice.

It is not static: It is “a man skating, a woman dancing, a woman combing.” It is always moving. It moves us to capture it in its passing. It moves us beyond ourselves, where the top of our head lifts away and there we go unbounded, grasping for just a brief moment what lies always, already, just beyond our grasp.

That which suffices. That which the lack thereof we die of every day. That’s what I’m looking for when I read poetry.

I want to feel my synapses snapping.

Deborah J. Brasket is a writer working on a novel and short story collection. She has an Masters in English and taught college composition and literature courses for many years near her home on the central coast of California. She features some of her poetry on her blog Living on the Edge of the Wild, where she writes about nature, writing, art, literature, and her travels sailing around the world with her family. Some of her work can also be found at www.djbrasket.com. 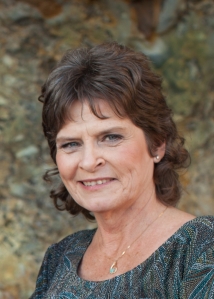 21 responses to “A Cranky Reader on Modern Poetry”