New Info After the Book is Published

When I was visiting my mother for her heart surgery, I found an amazing tintype that changed the way I think about the cover of Kin Types.

You may or may not realize I write a blog called thefamilykalamazoo.com sharing antique and vintage family photos and the results of some of my family history research. I published an account over on that blog, but I’ve pasted the body here so you can feel some of my excitement 😉 over this new discovery.

FROM THE FAMILY KALAMAZOO:

Thank you so much for responding so enthusiastically to Kin Types. My new chapbook is an offshoot of The Family Kalamazoo, in a way.

The cover of the book is from an old tintype belonging to my family. I have posted it twice before on this blog. The woman featured on it seems to have come from the Remine branch of the family and, based on the tintype and the dress she wears, I thought it was possible that she could be my great-great-great grandmother Johanna Remine DeKorn. This was a guess I had fairly early on, but I had no proof.

But I knew she was someone close to us. For one thing, this is an expensive painted tintype and our family owns it. We wouldn’t have possession of such an image if it wasn’t someone from the family. For another, there is too great a similarity. For instance, my daughter thinks that the woman looks remarkably like my mother in the eyes and mouth. Other people say they can see her in my face. 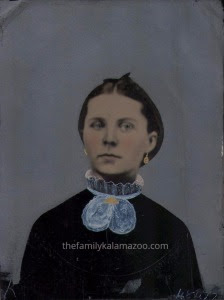 I thought it unlikely I would learn much more about the photo, but never gave up hope because much amazing information has flowed to me, mainly through this blog.

When I visited my mother recently, she gave me a gorgeous antique photo album from my uncle for me to scan and disseminate. Imagine my surprise when I opened the album and found this tiny tintype inside. 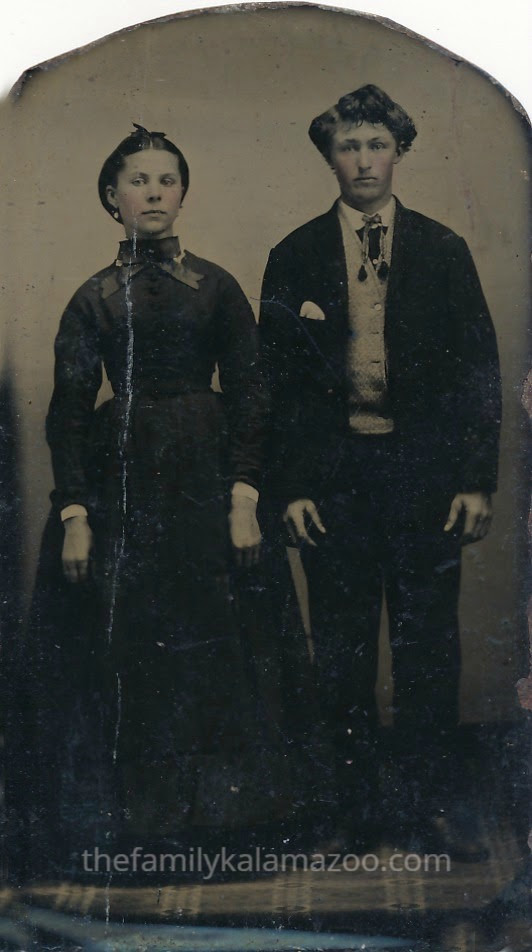 I had so many questions: Were the photos taken at the same time or is the woman younger in the couple’s photo? Same hairdo, same earrings . . . . We don’t really know about the dress and its neck accessory because the lace collar on the painted tintype is, just that, painted on. But she’s definitely younger. Is the new find a wedding photo? Are they siblings?

So I focused on the man. I want to say boy. They both look so young. If the woman is Johanna Remine DeKorn, the man most likely would have to be Boudewyn (Boudewijn) DeKorn. Here is a photo my grandfather identified as Boudewyn, my 3xgreat grandfather.

So, what do you think? Are they two different men? The hair is the same–very wavy dark brown hair–, but the hairline has changed. That’s possible. In the upper photo, the man has very defined cheekbones, and I don’t see this in the boy. The man has a very wide mouth. Would that change over time? I doubt it. It was unlikely then that the woman was Johanna, but who was she?

I did what I had to do. I scheduled an appointment with photogenealogist Maureen Taylor. When I only had the painted tintype, I didn’t feel I had enough to go through the process with Maureen. But now that I had a second tintype, I wanted to give it a try.

When Maureen and I began our conversation, I felt a letdown. Johanna Remine was too old to be in this photo. The tintype of the two people had to be between 1869 and 1875, according to Maureen. Johanna was born in 1817 and DIED in 1864. The woman could not be Johanna.

The woman had to be a generation younger than Johanna.

This was disappointing because I felt that I know the other branches or “lines” of the family, and that if she wasn’t Johanna, she couldn’t be a direct ancestor.

And yet, as I told Maureen, I had a strong feeling that she was closely related. And her looks are too reminiscent of the family features to discount her. Maureen agreed with this and pointed me in a different direction.

The Remine family, where I felt the painted tintype came from, began in the U.S. with a marriage between Richard Remine and Mary Paak. Mary Paak is my great-great-grandmother Alice Paak DeKorn’s sister. I am related to the Remines two ways. One is by blood, Johanna Remine being my 3x great grandmother, married to Boudewyn DeKorn (and the mother of Richard DeKorn). The other is by marriage where Richard married Mary. Mary and Carrie Paak, two of the four Paak sisters, had a similar look. Alice and Annie had a different look altogether.

Maureen wanted to see a photo of Alice. I sent her the image above–a very clear headshot of Alice from the 1890s (so 20 years older than the woman in the tintype) and Annie (the sister who looked like Alice but is a body shot and not as clear). Maureen examined the photos and proclaimed Alice a match. She asked for the dates on the sisters: birth, immigration, marriage. She was sure the tintype of the beautiful girl on the cover of Kin Types was Alice who happens to be featured in a poem in my book: “An Account of a Poor Oil Stove Bought off Dutch Pete.”

I asked Maureen about the man in the photo and said it did not look like Alice’s husband, Richard DeKorn.

And then I learned something that is counterintuitive, but smart.

Ignore him for now.

She thought it could be her brother or even a beau she had in the Netherlands that she never married. In the tintype of both of them, they are very very young, maybe teenagers. And Alice immigrated to the United States when she was 17 years old. Maureen told me to ignore the man for the purposes of identifying the woman. I will try to identify him later, if it is even possible.

The more I thought about Maureen’s assessment, the more I realized how blind I’d been not to notice the resemblance between the women in the tintype and my 2xgreat grandmother Alice. Alice also happens to be the mother of Cora, the woman my grandparents told me that I look like.

Just for fun, I ran the two images through twinsornot.net. This is the result, although they photos are of a very young woman and a woman twenty years older.

Then I pulled out the other photo that Grandpa had identified Alice. In this alternative photo, Alice is younger than in the 1890s photo, but not nearly as young as the tintype. I had never been sure that this photo even was Alice, although Grandpa had been (and she was his grandmother). So I ran both Grandpa-identified Alice photos against each other on the site. 100% match! Grandpa was right.

Next I ran the tinted tintype against this alternative photo of Alice. 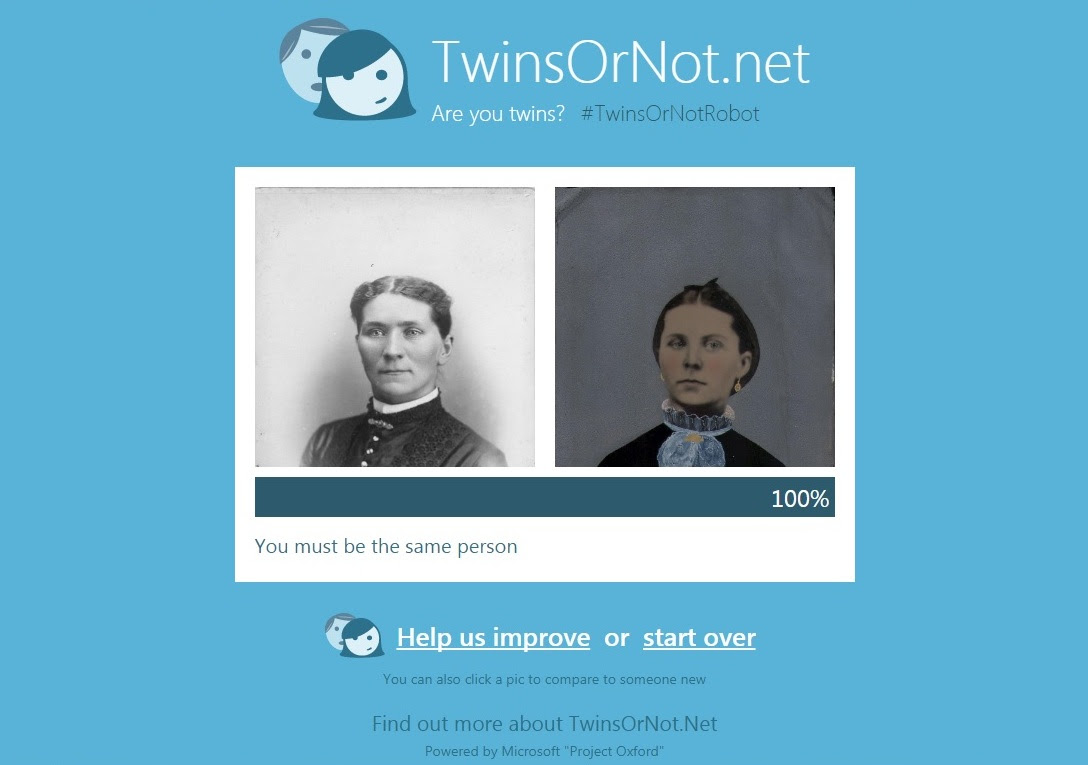 SO THERE YOU HAVE IT! THE MYSTERY IS SOLVED. THE WOMAN ON THE COVER OF KIN TYPES IS MOST LIKELY ALICE PAAK DEKORN.

I learned a lot of lessons through this process, but one that really stands out in my mind is that people look different in different photographs–and when you are comparing people of different ages, it really gets dicey. I think about photos of me . . . 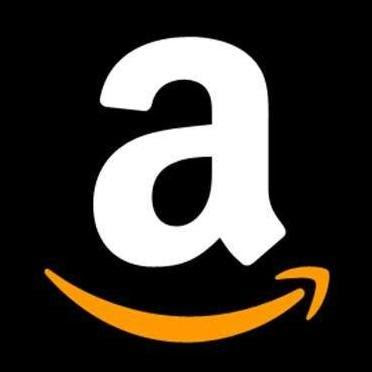 If you click the Amazon link , the book can be ordered for $14.99. To order through Barnes & Noble, try this link.

If you like what you read, please leave a little review at one or more of the following sites:

49 responses to “New Info After the Book is Published”